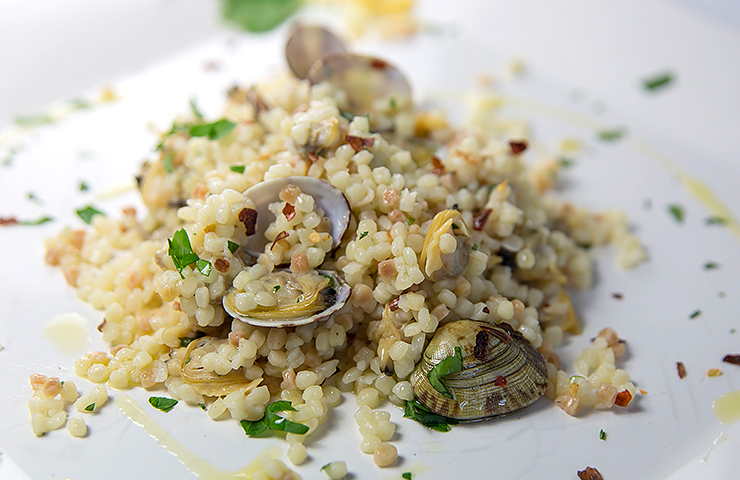 1 Cleaning the clams is essential, and the way to do it is as follows: leave the clams to soak in cold water for at least four hours adding a little salt. Change the water from time to time to remove any grains of sand expelled by the clams.
2 Once they have been cleaned, pre-heat a frying pan, and when hot add extra virgin olive oil and two cloves of garlic and heat until they become golden, then remove them. Add chili pepper to taste.  Drain the cleaned clams and add to frying pan together with finely chopped parsley and heat with a glass of white wine and cover pad with lid. Leave them over heat until the clams open. Some of the clams will drop off their shells while others remain. Filter the sauce through a dry gauze to remove any remaining grains of sand.
3 Take another pan and heat 2 cloves of garlic in frying pan until they become golden, then remove them. Add about a litre of water and salt to taste and bring to boil. At this point, add the fregula. When it is half-cooked add the clams to their then finish cooking.
The fregula with clams can be eaten in two ways: either as a soup or like a “risotto”. How you decide to eat them depends on how much water remains at the end of cooking. This decision is made at the beginning of cooking the fregula, based on the recommended cooking time stated on the packet.
Once ready, serve with a sprinkling of fresh parsley and a few drops of (uncooked) extra virgin olive oil. 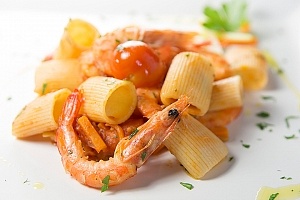 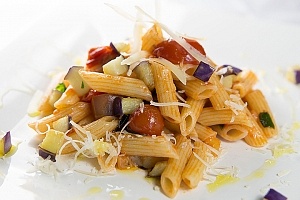 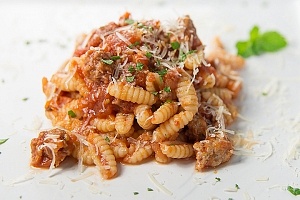