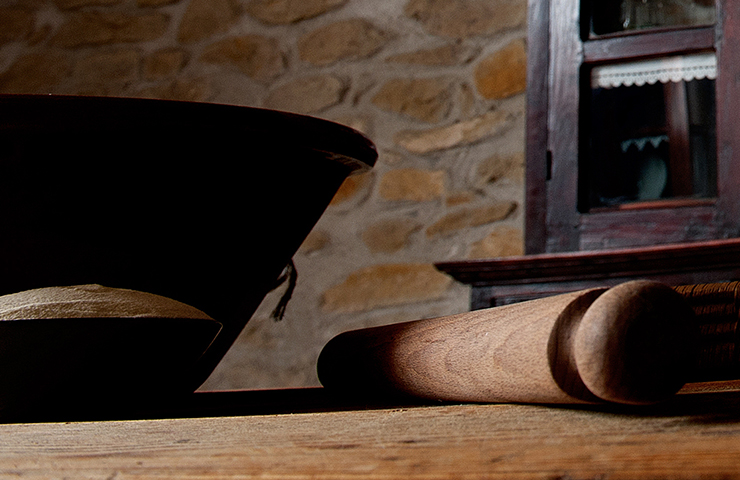 The History of Pasta

As Italians, we are known for and appreciate good cooking. We love to spend time at the table chatting while we are tucking into our favourite culinary delicacies.
The “long boot” of the Italian peninsula is fully immersed in the Mediterranean, where over the centuries, it has become home to many peoples and cultures, and naturally, our cooking tradition reflects an enormous wealth of flavours and colours.
From North to South, there are numerous and incredibly diverse regional culinary traditions, each with its distinctive traits and recipes. Yet whether we are serving meat, fish, vegetables or desserts, every table is crowned by “pasta”.
As far back as 7000 years ago, ancient history narrates that man abandoned his nomadic way of life and took up a more sedentary lifestyle, where he began to farm the land, discover cereals and grow them. Cereals were ground to make flour, and this led to the discovery of pasta by mixing flour with water, which was then flattened and cooked on hot stones.
In ancient Rome, Cicero and Orazio recounted how gluttonous the Romans were for “lagana”, which were thin strips of pasta made from flour and water, which are today known as lasagne.
Legend has it that a long time ago in 1292, Marco Polo brought us spaghetti on his return from China. This story cannot be proved beyond doubt, as innumerable document point to the fact that pasta was already present in the South of Italy prior to the birth of Italy’s pioneering traveller. Most probably, it was the Arabs who introduced pasta to Italian cooking around 1000 AD. In fact, in a documented that dates back to 1154, the Arab geographer, Al-ldrin spoke of a food made from “flour in the form of string” known as “triyahâ” that was made at Trabì near Palermo in Sicily .
From then on, and up to 1700, pasta grew in popularity and became a staple part of Italian diet, and although it had its many shapes, it was simply known as “maccheroni”. It was not until the second half of the 1700s, that the Neapolitans coined the name “spaghetti” for their long drawn pasta.
As time went by, pasta became increasingly popular throughout Italy, and new types were created together with tasty sauces reflects the traditions of different regions our “Bel Paese” and making pasta the most famous and appreciated food in the world today.
The starting point for our production process is the selection of raw materials. It is an absolute imperative for the preparation of excellent pasta. 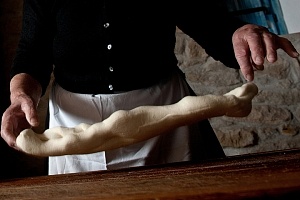 Our durum wheat semolina The different varieties of semolina we use in the pasta-making process are... 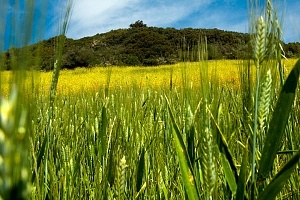 The impact wheat has had on the history of mankind is recorded by a series of events that begin...